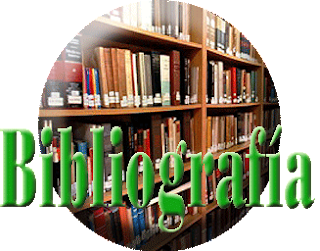 
Abstract
.
Fairness is an important component of all marketing exchange. While previous literature has focused on companies’ fair actions toward consumers, this article examines fair actions of consumers toward companies. Through a series of experiments, the authors investigate consumer fairness in the context of a pay-what-you-want pricing scheme. Results show that some consumers act fairly toward companies, even if they have no obligation to do so. For such consumers, there seems to be a self-signaling motive, in that they want to signal to themselves that they are fair. The authors also show that the distribution of price paid has a similar pattern to that of the dictator game in behavioral economics. Finally, the authors show that consumers can be influenced into taking fair actions by providing cues about “socially correct” actions others are taking. The reason for this is that many consumers act unfairly not because of their inherent propensity but because they believe others are doing the same. Implications for distributive justice in marketing exchange are discussed.
.
Key words: distributive justice, fairness, pay-what-you-want pricing, dictator game, social norms
.
.
● Libre circulación
.

-
- Halvard Haukeland, "Bridging the Widening Gap between the EU Treaties and the Agreement on the European Economic Area". European Law Journal, Vol. 18 nº 6 (2012) 868–886.
.
Abstract
.
For almost 20 years now, the European Free Trade Association (EFTA) States Iceland, Liechtenstein and Norway have been included in the EU's internal market through the Agreement on the European Economic Area (EEA). The continuing success of the EEA is threatened, however, by an ever widening gap between EU primary law and the still unchanged main part of the EEA Agreement. Unwilling to begin the strenuous work of updating the Agreement, the Contracting Parties place their trust in the ability of the courts to bridge the gap. While it is shown in this article that both the EFTA Court and the Court of Justice of the EU are indeed willing to go far in order to preserve homogeneity between EU law and EEA law, it is argued that there are limits to the courts' ability to remedy the failed updating of the Agreement.
.
.
● Nutrición

- B. Hanratty, B. Milton, M. Ashton y M. Whitehead,  "McDonalds and KFC, it's never going to happen: the challenges of working with food outlets to tackle the obesogenic environment". Journal of Public Health, Vol. 34 nº 4 (2012) 548-554.
.
Abstract
.
Background Food outlets may make an important contribution to an obesogenic environment. This study investigated barriers and facilitators to public health work with food outlets in disadvantaged areas..Methods In-depth qualitative interviews with 36 directors, managers and public health service delivery staff in a coterminous primary care trust and local authority in northwest England. Data were analysed using the constant comparative method..
Results Three interventions were available to engage with businesses; awards for premises that welcomed breastfeeding mothers or offered healthy menu options and local authority planning powers. Sensitivity to the potential conflict between activities that generate profit and those that promote health, led to compromises, such as awards for cafés that offer only one healthy option on an otherwise unhealthy menu. An absence of existing relationships with businesses and limited time were powerful disincentives to action, leading to greater engagement with public rather than private sector organizations. Hiring staff with commercial experience and incentives for businesses were identified as useful strategies, but seldom used.
Conclusions Encouraging food outlets to contribute to tackling the obesogenic environment is a major challenge for local public health teams that requires supportive national policies. Commitment to engage with the local public health service should be part of any national voluntary agreements with industry.
..
Key words: (MeSH headings) socioeconomic factors, public health practice, prevention and control, obesity
.
.
Principio de precaución

.- Monika Ambrus, "The Precautionary Principle and a Fair Allocation of the Burden of Proof in International Environmental Law". Review of European Community & International Environmental Law, Vol. 21 nº 3 (2012) 259–270.
..
Abstract
.
Notwithstanding the general acknowledgment of its importance, there are still uncertainties and ambiguities as to the precise meaning and actual application of the precautionary principle in international environmental law. In the context of decision making at the inter-State level, it has been explained that one of the interpretations of this principle means a ‘shift’ in the allocation of the burden of proof. Unsurprisingly, a similar effect of the principle can be, and has been, claimed in dispute settlement. Given these claims, the general aim of this article is twofold: first, to define what a ‘shift’ in the allocation of the burden of proof actually means; and second, to explore and assess whether this theoretical/conceptual understanding of the ‘shift’ is applied when the precautionary principle is at stake, and whether there are good reasons to apply it in dispute settlement and decision-making processes.
.
.
- Mark Monaghan, Ray Pawson y Kate Wicker, "The precautionary principle and evidence-based policy".  Evidence & Policy, Vol. 8 nº 2 (2012) 171-191.
.